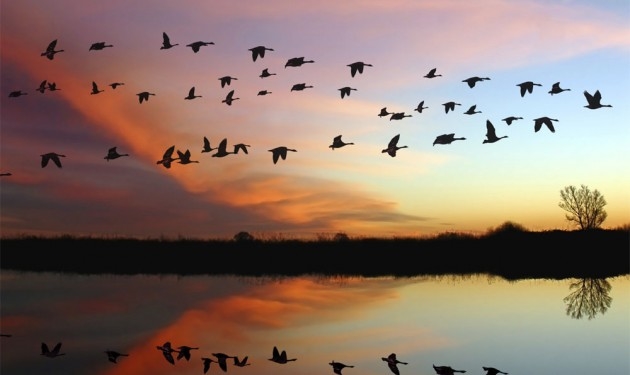 The Americas are very important for bird migration, which on these continents faces many threats especially due to habitat changes and wetlands reduction because of global warming, according to the UN Environment Programme.

“In Central America, for example, land use is changing, reducing wetlands and sensitive habitats where these migratory birds arrive during the fall and spring,” said Pacheco, regional coordinator of Biodiversity and Ecosystems, based in Panama.

The land is more and more used for urban development, tourism, livestock or agricultural development and, thus, wetlands are reduced, along with the bird resting areas, having a very negative impact on birds. The researchers also explained that the ecological corridors in the Pacific, Central America, and the Caribbean, linked to the Atlantic, are important because each one has specific bird species that migrate through them.

The fast loss of mangroves, especially in the Panama Jungle, renowned for birds diversity during their migration, and global warming are affecting the ecosystem and, consequently, the birds’ populations.

The Convention on Migratory Species (CMS) designated, at its 2017 meeting in the Philippines, an action plan for the conservation of migratory routes by identifying areas of biological importance around the world.

“We are interested in the Pacific, Central America, and Atlantic routes,” the CMS’ representatives stated.

The North American Bird Conservation Initiative stated that in Mexico and the rest of North America the situation is similar because the loss of habitat leads birds to seek new places to feed and nest.

Birds can die if they cannot find food and their populations are decimated without nesting sites. Besides, many migratory species, affected by wetlands reduction, urbanization, and global warming find sanctuary in people’s gardens, therefore, ecologists in the Americas ask for citizen participation in gathering information to better understand the situation the birds are exposed to during their bird migration periods.