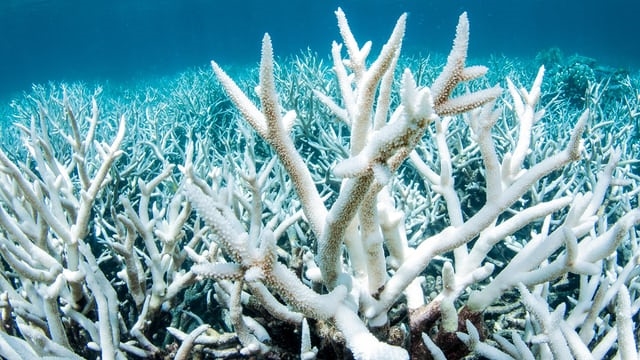 The several coral bleaching episodes not only affects almost irremediably the corals but also decrease the number of marine animals that have their existence directly dependant on the coral reefs. This unfortunate trend has been confirmed by the scientists from Australia and the UK during a research they’ve conducted on the Great Barrier Reef.

Both the number and varieties of corals and marine animals in the Great Barrier Reef have been under examination before and after the significant coral bleaching event that occurred in 2016 due to global warming.

“The widespread impacts of heat stress on corals have been the subject of much discussion both within and outside the research community. We are learning that some corals are more sensitive to heat stress than others, but reef fish also vary in their response to these disturbances,” explained Laura Richardson from the James Cook University.

Also, Nick Graham, one of the UK researchers, suggested that “groups of fish are significantly affected by the loss of coral cover as a result of coral bleaching events and some fish are more sensitive than others”.

Right after the massive bleaching episode of 2016, the scientists observed a brief decrease in the biodiversity of the marine animals in the area of the Great Barrier Reef, in Australia.

The marine animals which are significantly dependant on the coral reefs, such as the butterfly fish, have been noticed to be the most affected one, recording significant decreases in number, following the coral bleaching.

“Before the mass coral bleaching event of 2016, we observed a significant variation in the number of fish species, the total abundance of fish and the functional diversity among the different fish communities. However, six months after the whitening event, this variation was almost completely lost,” explained Andrew Hoey of the James Cook University.