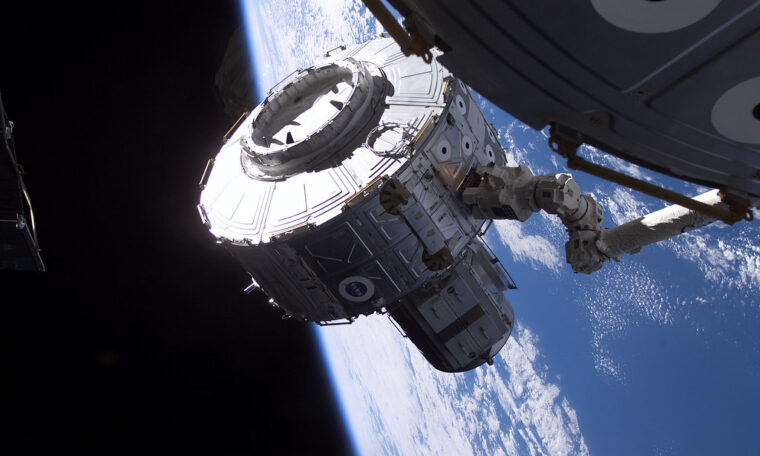 A storm of debates created by alien conspiracy theory enthusiasts filled the internet after the live stream of the International Space Station spacewalk was interrupted.

Two female astronauts were scheduled to perform the first all-women spacewalk on the ISS. The plan was canceled at the last minute when the astronauts discovered that they didn’t have spacesuits of the right size. NASA decided to swap one of the women with a male, a decision that was already controversial.

During the live stream, some of the viewers noticed that a small object could be seen in the distance as Nick Hague was busy with a routine operation. Hague seems to be unaware of the little light which can be seen in the upper-left side. After a brief period, visual glitches start to appear, and the steam cuts abruptly.

One of the most famous alien conspiracy theory channels has released a short video which highlights the object and how glitches start to appear after a brief period. A similar incident took place earlier in Mars when the Soyuz spacecraft arrived successfully at the space station. A small object was observed close to the station before the spacecraft arrived, with many internet users believing that it may have been an alien ship.

The object appeared to race from left and right and it a faint red glow could be seen. A video made its way to YouTube, leading to heated arguments as some users claimed that it was a UFO while others insisted that they were looking at a harmless satellite. The exact nature of the object has remained a mystery since NASA or other space agencies offered no official answer.

Similar claims have surfaced in the past, but NASA employees quickly discredited them. In a previous statement, NASA has noted that shards of frozen dust can appear as bright objects as they pass in front of the cameras. It is likely that NASA will release a press statement in the following days.