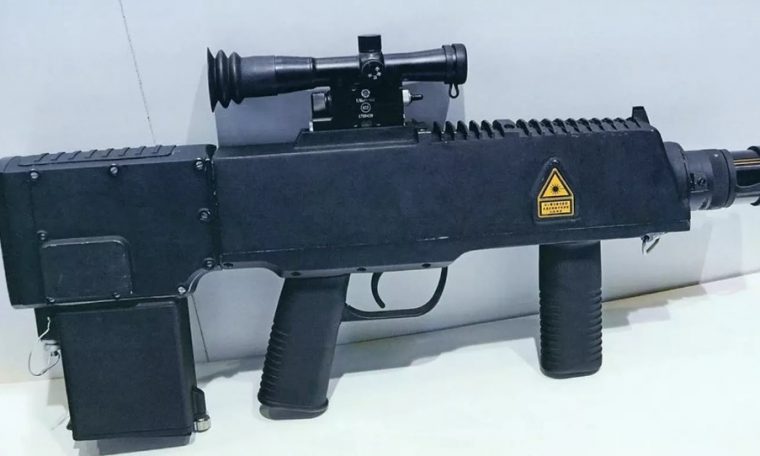 Try to forget all that you have ever seen in movies or read in books about laser guns. According to a news article in the South China Morning Post, China has completed testing of a new type of laser gun, which, as they say, is ready for mass production. According to the article, the ZKZM-500 Laser Assault Rifle, weighing around three kilos, very similar to an AK-47, with a range of up to 800 meters, could be used mounted in cars, aircraft, boats, or by police and military personnel.

This laser gun would be a development of the Xian Institute of Optics and Precision Mechanics, which belongs to the Chinese Academy of Sciences. Those responsible claim that the purpose of this weapon is to assist in counter-terrorism tasks, “illegal protests,” and covert military tactics.

The ZKZM-500 requires no ammunition as it is powered by a rechargeable lithium battery. A full charge could be used for 1,000 laser bursts lasting about two seconds each. However, the type of technology they have used to make this possible is not yet disclosed and, thus, remains unknown.

According to the manufacturers, this laser gun is entirely silent, as the laser beam is invisible and is capable of igniting flammable objects and burning human skin. In fact, they claim that when this gun is used on persons, they will not know what is happening until they see the hole in their clothing, plus the pain caused “instantaneous charring”, which would leave a permanent scar at best.

Developments based on laser technology are not new, and the United States is testing laser cannons to shoot down drones and small aircraft. On the other hand, it should be remembered that the Soviet Union was a pioneer in this type of technology, when in the 1970s they developed a laser gun for their space missions.

But China’s laser rifle is a particular case, as it would be the first laser gun designed to cause harm to another human being. Here it will be interesting to see what measures are taken to ensure that this type of weaponry does not fall into the wrong hands.