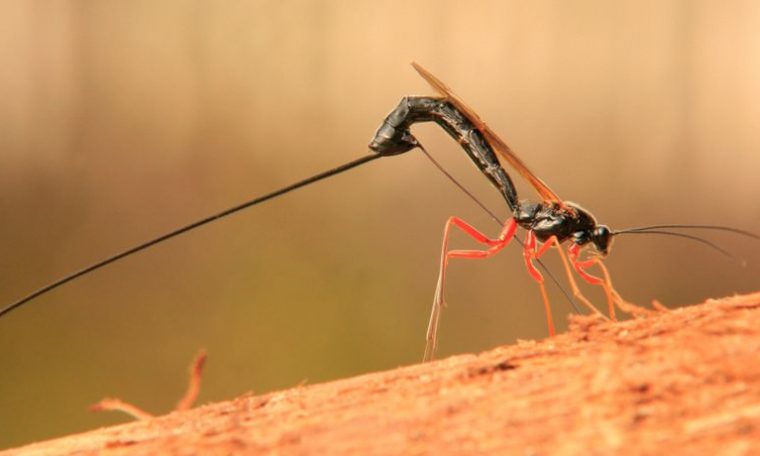 Wasps can be quite scary despite the fact that they are very small. Nonetheless, it appears that there are worse things out there. A newly discovered wasp species was found in the Amazon and it looks like something out of a nightmare.

The wasp was found by researchers from the University of Turku in Finland and they were shocked to see the wasp has an oversize stinger. The species was named Clistopyga crassicaudata and it can be found somewhere between the lowland rainforest area of the Amazon and the Andes mountains.

“I have studied tropical parasitoid wasps for a long time but I have never seen anything like it. The stinger looks like a fierce weapon,” said University of Turku professor Ilari E. S??ksj?rvi. The stinger is not only used to inject venom while stinging, and wasps also use it to lay eggs into spider egg sacs or spiders.

The wasp first injects venom, paralyzing the spider, and then the wasp lays eggs on the victim. The babies will then hatch as larvae. At the moment researchers are not sure which kind of spider is used to lay the eggs.

The journal Zootaxa has published a scientists’ description of the species which was discovered. Researchers are trying to raise funding so they can continue their studies for the insect, as well as other parasitoid wasps in the Amazon. They want to discover the evolutionary history of the wasp species as well and they will try to discover the habits of this special species.