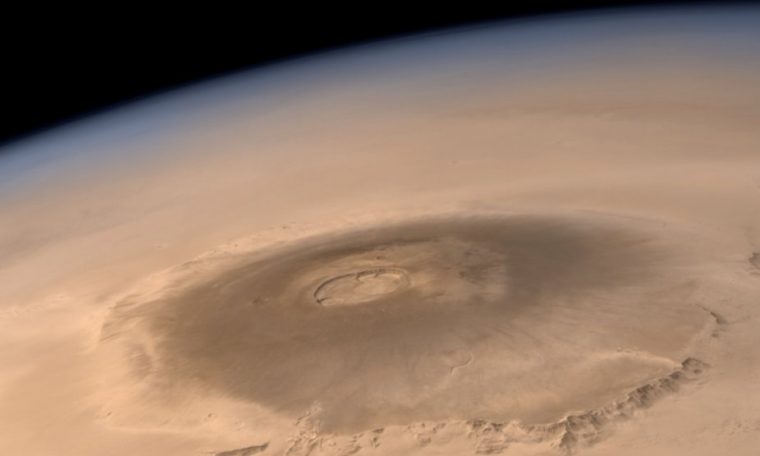 Images of a Mars crater taken by ESA’s Mars Express probe on January 1st disconcert scientists, who can not discern whether its origin is a meteor or a supervolcano. Ismenia Patera (“patera” means “dish” in Latin) is found in the Martian region of Arabia Terra, which is a transition area between the boreal and southern regions of the planet and a particularly intriguing surface area.

The “crater” is about 75 kilometers in diameter and its center is surrounded by a ring of hills, blocks, and clods that could have been thrown into the crater by nearby impacts, reports ESA.

The material projected during these phenomena also created the small hollows and depressions that can be seen inside Ismenia Patera. A series of ravines and canals meander from the edge of the crater to the base, which is covered by flat ice deposits and with signs of fluid displacement, similar to rocky and ice-rich glaciers that form in cold and arid climates.

Two theories about how the Ismenia Patera Mars crater was formed

Two hypotheses on its origin stand out.

The first one associates its origin with the possible fall of a meteorite on Mars. Next, a series of sedimentary deposits and ice would have filled the crater until it collapsed and formed the irregular and fissured landscape we see today.

The second idea suggests that, instead of a crater, Ismenia Patera housed a volcano that erupted with catastrophic consequences, throwing large amounts of magma into its surroundings and, eventually, collapsing.

However, some of these irregular shapes and shapes could also be found in impact craters that simply would have evolved and interacted with their environment in a particular way over time.

Until further information, the mysterious Mars crater, Ismenia Patera, remains either a crater formed by a meteorite impact or an ancient volcano.