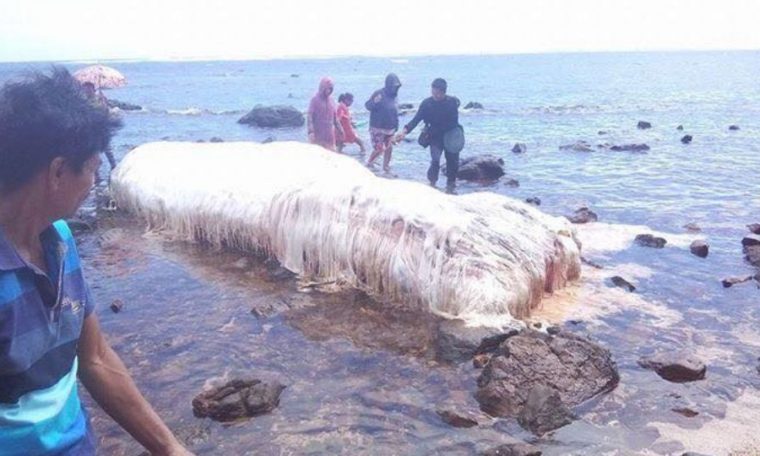 In recent days, a famous vlogger on YouTube platform published a video showing 5 alleged sea monsters sightings that were captured while he was navigating on Google Earth. Although some cases had already been reported years ago, the disturbing images continue to puzzle thousands of people, including scientists.

A sea monster lurking from an Italian bay

One of the alleged creatures was spotted in a bay in Italy near Montalto Marina. Some people firmly believe that it is an ancient plesiosaurus, a marine reptile that is considered extinct and which was lurking from the oceans in the Jurassic era.

The second sighting presented by the YouTuber was captured on the shore of an island in the American state of Alaska. The figure, approximately 80-meter long, is looking like a giant squid.

A Megalodon in England?

As if that weren’t enough, the Google Earth satellite cameras managed to capture a strange sea monster near some beaches of England. This one resembles a giant shark and some people claim that it is a living Megalodon, a prehistoric ancestor of modern-day sharks, which is now believed to be extinct.

The fourth sighting took place in the Persian Gulf. At the site, satellite cameras picked up what appears to be a white shark at a length of approximately 21 meters.

A giant jellyfish in China

Finally, there was the sighting of a huge stain that some say is a giant jellyfish, the alleged creature was captured on the shores of an island in China.

Are these sea monsters real?

The possible existence of sea monsters has animated people’s imagination since long-forgotten times. Therefore, is no surprise that more and more people are still wondering if there are huge sea monsters lurking from the depths of the oceans.

What’s true, however, is that many strange marine creatures are washed up on beaches around the world and some of these sea monsters are indeed puzzling the scientists.