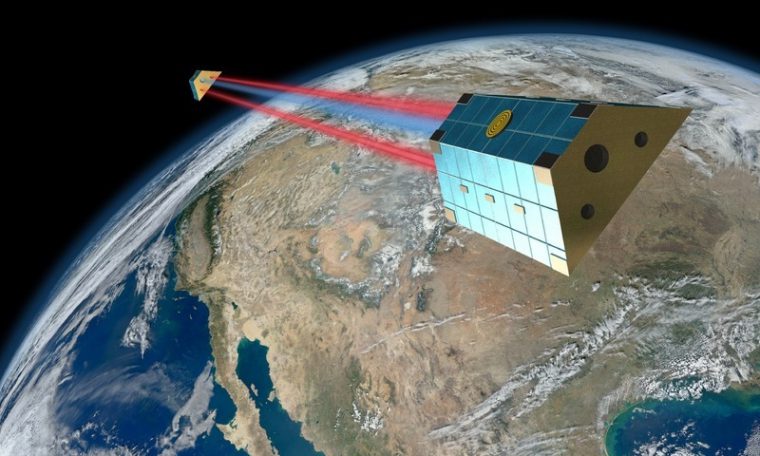 About a couple of months ago, in May, SpaceX deployed to orbit NASA’s new climate-monitoring satellites, but only approximately a month ago, on June 13th, the twin NASA’s Gravity Recovery and Climate Experiment Follow-On (GRACE-FO) satellites turned on their lasers via which they’ll communicate one with the other while orbiting the Earth. With these lasers, the probes will calculate the differences between their positions to estimate alterations in the Earth’s gravitational field.

“The LRI is a breakthrough for precision distance measurements in space. It’s the first inter-spacecraft laser interferometer and the culmination of about a decade of NASA, and German, funded research and development,” explained Kirk McKenzie from NASA’s JPL.

As I’ve mentioned above, NASA’s GRACE-FO satellites turned on their lasers on June 13th during a test to check the instruments’ functionality. According to NASA, the test was successful, and the laser ranging interferometer (LRI) tools are working flawlessly. Even more, the climate-monitoring satellites sent a reading back home to fulfill the testing procedure with success.

That means that the instruments on NASA’s GRACE-FO probes are up and ready for their mission, but, in the meantime, the ground team of scientists will fine-tune the laser ranging interferometer (LRI) devices to prepare them for the real mission which will commence anytime soon.