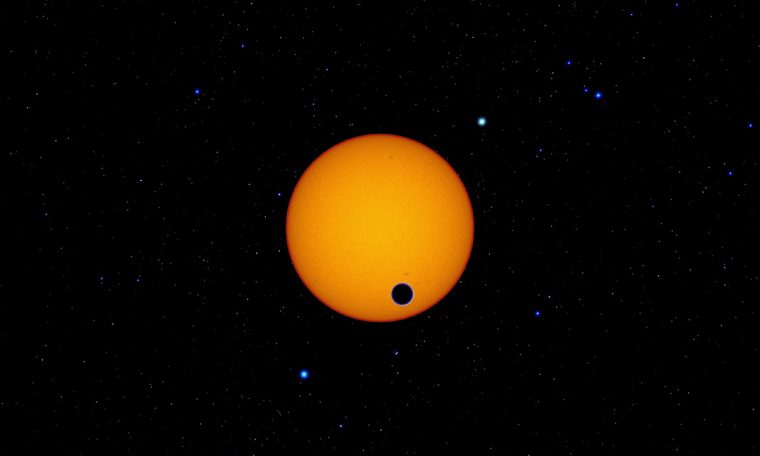 Researchers have identified a cloudless exoplanet, dubbed as ‘Hot’ Saturn or WASP-96b, signaling a significant leap forward in the effort to gain a better comprehension of the other planets that lie outside our solar system.

Astronomers from around the world, under the direction of Dr. Nikolay Nikolov from the Exeter University, have been able to identify the cloud-free atmosphere of the WASP-96b exoplanet with the 8.2m VLT in Chile.

The group of astronomers investigated the atmosphere of the WASP-96b as the planet moved past its star. This made it possible for the scientists to quantify the diminution of the stars’ light produced by the exoplanet and its atmosphere, and thereby identify the atmospheric makeup of this ‘Hot’ Saturn planet.

Therefore, they were able to depict high levels of Sodium in the WASP-96b’s atmosphere, which can only be possible in the absence of clouds.

WASP-96b is a common 1300K gas giant which has a mass similar to the one of the Saturn planet in our Solar System (from which it got its nickname – ‘Hot’ Saturn) and a size of about 20% bigger than that of Jupiter.

“We have been observing more than twenty exoplanetary transit spectra. WASP-96b is the only exoplanet that appears to be completely cloud-free and shows such a clear sodium signature, making the planet a benchmark for characterization, said Nikolay Nikolov, the leading study’s author.

On the other hand, Sodium is a vital element in the life on our planet and is the 7th most common chemical element found in the whole Universe.

The goal of the scientists is to watch for the presence of other atmospheric signatures to depict if the WASP-96b cloudless exoplanet, dubbed as ‘Hot’ Saturn, contains carbon monoxide, water, or carbon dioxide. To do so the team will make use, for the moment, of the Hubble Space Telescope, waiting for the more performant James Webb Space Telescope.