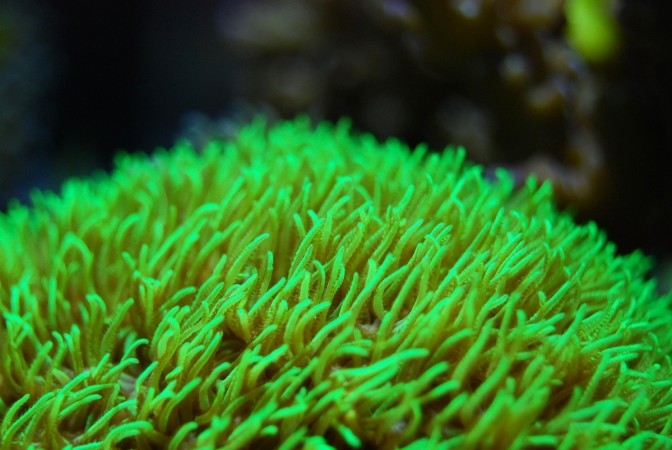 NOAA researchers have recently found a “secret garden” of corals scattered in the depths of the Gulf of Mexico as part of an exploration of uncharted waters and seafloor cartography mission.

Researchers were shocked to encounter the thrilling “alien” homeworld of bamboo corals by operating an ROV (Remotely Operated Vehicle) submersible at over 7,500 feet deep.

Besides the finding itself, the researchers were baffled by the amount of life that bloomed in the cold and misty abyss of the depths of the Gulf of Mexico.

“This is a truly magnificent garden of coral fans, I don’t think we’ve seen these densities yet in the Gulf of Mexico,” stated one the investigation’s participants.

Discovering the bamboo corals shows how less we know about the marine life and oceans, in general

Bamboo corals are part of the family Isididae and are, in fact, colonies of very small organisms, known as polyps, which eat by leaching even smaller living creatures, including plankton. The carcass of a bamboo coral is like a tree branch and is composed of calcium carbonate.

Researchers suspect that corals are several thousand years old which means that the boulders they are lying on are extraordinarily sturdy, as the bamboo corals depend on the appropriate geology to bond.

Furthermore, corals require current availability in order to both orient their position and nurture themselves. In an NOAA video sharing, marine invertebrates are spotted facing the current to enhance the possibility of leaching other very small organisms.

Underwater depths are a veritable jewel for scientists. Frequently, the researchers are confronted with astonishing findings while studying the deepest parts of the oceans, which are often very hard to scan.

According to NOAA, the researchers have investigated only 5% of the oceans, after all, therefore, only God knows what other astonishing creatures, such as the recently found bamboo corals, lurk from the depths.