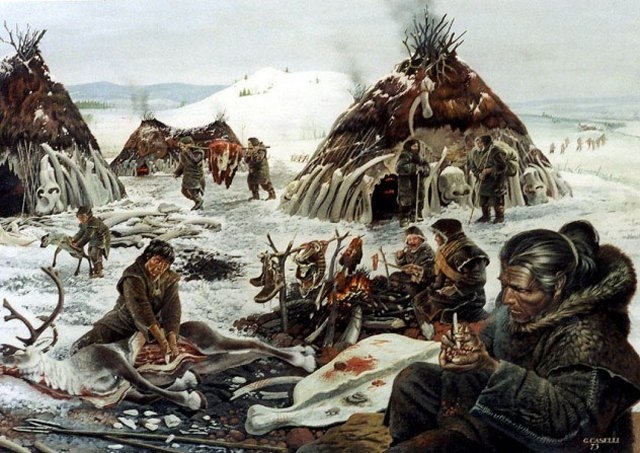 This is the main conclusion of a study conducted by 20 experts from Great Britain and New Zealand and published in the journal ‘Nature Ecology & Evolution’. The research is based on an analysis conducted at Star Carr, an archaeological site located in North Yorkshire (north-east England), which dates from around 9000 BC.

This study throws some light on the discussion on the weakness of the prehistoric hunter-gatherer societies to climate change and reveals human resilience to extreme weather events.

“It has been argued that abrupt climatic events may have caused a collapse in Mesolithic populations in northern Britain but our study reveals that, at least in the case of pioneer settlers in Star Carr, the first communities were able to cope to extreme and persistent weather events,” said Simon Blockley, one of the study’s authors.

We are currently living in the Holocene era which commenced with about 11,500 years ago with the thawing of the glaciers and which has been led by the instability that’s defining any extreme climate change phenomenon.

The study was successfully concluded after 15 years of thorough work

The researchers excavated on the Star Carr site and unearthed the remnants of houses, wood tools, and lots of artifacts and bones which were surprisingly well-preserved in the mud.

The group of scientists determined that not more than two episodes of extreme climate change characterized by an extreme cold weather have been registered with about 11,000 years ago.

The first of these events started to happen right after the prehistoric humans began to come back to Star Carr very early after the end of the last Ice Age.

The clues found by the researchers showed that the extreme weather conditions indeed slowed down the evolution and the day-by-day activities of the prehistoric humans’ community.

On the other hand, the second episode of climate change has happened later and had almost no impact on a well-established community that has formed between the events.

“We’ve worked at Star Carr for about 15 years and the site has produced an incredibly rare view of the world from our Mesolithic ancestors who lived at the end of the ice age, about 11,000 years ago,” says Nicky Milner of York University. (Great Britain) and lead author of the study.

In conclusion, scientists have shown that prehistoric humans survived extreme climate change about 11,000 years ago proving the adaptability of humans to the environment they live in.