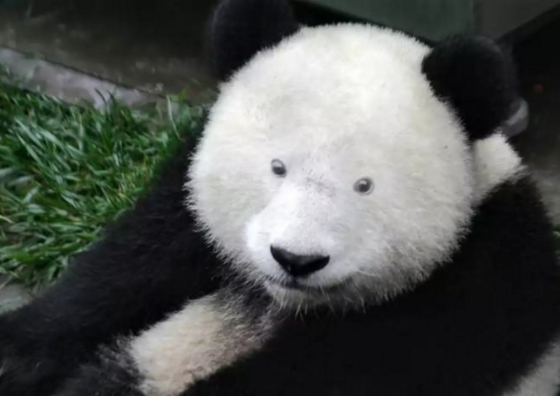 Visitors to China’s busiest pandas conservation center were alarmed to see that panda bears eyes area turns white, presenting white crusts on their typical black undereye circles. Experts at the Panda Giant Bear Conservation Center in Chengdu, China, have been investigating for months the reasons behind this unusual condition.

However, the center admitted that there were a dozen sick animals but did not want to give any more information.

The first news of these changes came in January, when citizens who had visited the center posted images of an animal with white scabs around its eyes, according to the China Daily newspaper.

The panda bears are considered a national treasure in China, as they are on the brink of extinction due to global warming, and are only found in the central Sichuan province of the country.

The most accessible place to get close to them is the center of Chengdu since unlike the rest reservations it is located very close to an urban center which makes it the only one that receives huge tourist traffic.

In January, a team of scientists led by ophthalmologist Luo Oingli and dermatologist Ran Yuping studied two of the pandas and concluded that the panda bears eyes turn white due to their fur loss.

“Both pandas had hair loss around their eyes,” Luo told the China Daily, pointing out that one of the animals even had ulcers in the area.

Since then, the center has been reluctant to provide further information.

Dark circles are important for pandas, according to recent studies indicating that they can recognize each other. In a statement issued by the Chengdu center in January, the entity attributed the eye problem to some sort of mites.

Sichuan has a humid climate that favors the appearance of mites and panda bears are sensitive to them. Already in the past, some specimens had lost their furs because of these tiny arachnids, according to the center.

But this time, the traditional treatment against mites did not work, so the affected panda bear specimens were quarantined just to prevent other panda bears eyes turn white due to whatever affects them, whether it is mites or not.