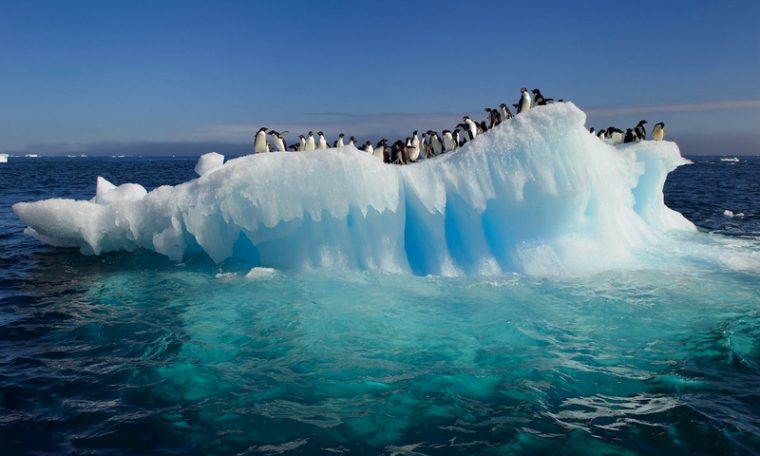 Antarctica has shed 3 trillion tons of ice over the past 26 years, and that ice melting has quickened in the last five years, according to five studies reported this week in the Nature Research journal. Thus, Antarctica participated actively in the sea level rise, and all this is due to global warming.

In the most thorough research to date on Antarctica’s ice melting situation, 84 scientists from around the world examined multiple satellite survey data collected from 1992 to 2017.

They learned that Antarctica is presently losing ice about three times more rapidly than it did up to 2012, at a rate of over 241 billion tons (219 billion metric tons) annually. The overall loss of ice during the last 26-years led to a sea level increase of approximately 8 millimeters and around 40% only during the past five years.

The latest discoveries imply that Antarctica’ ice sheet is not as resilient to global warming as anticipated, and provide a new magnitude to the continent’s contribution to the sea level rise.

“Satellite measurements tell us that the ice sheet is much more dynamic than we used to think. If you looked at the first IPCC (Intergovernmental Panel on Climate Change) assessment report 30 years ago, before we had satellite measurements of the polar regions, you will see that the ice sheets were not expected to respond to climate change. The general consensus in glaciology was that the ice sheets could not change quickly, but that is not the case,” explained Andrew Shepherd, a professor at the University of Leeds, and one of the authors of the study.

Even though Antarctica is coated with ice all year round, its ice sheets retreat and progress in year-round cycles, a trend that has prevailed for several thousand years. But geological records indicate that due to global warming, which is the leading cause for Antarctica’s ice to melt, nowadays, the continent’s ice melting accelerates more in comparison to the other ice loss periods in the past.