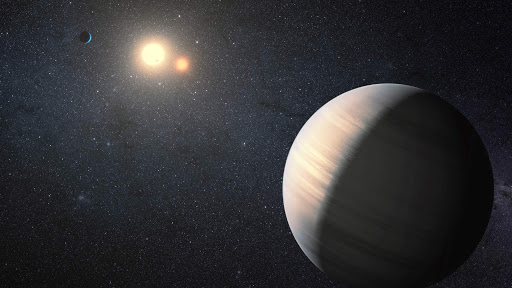 Scientists from the Physical Research Laboratory (PRL), Ahmedabad, India, have identified a new exoplanet, a super-Neptune planet, situated at 600 million light-years far from the Earth. This discovery is the first of its type that occurred on the Indian territory, placing the Asian country on the very selective list of the countries that discovered far-distant worlds.

The team was able to identify a super-Neptune exoplanet, that is a planet bigger than Neptune also known as a sub-Saturn exoplanet. The discovery was made by the astronomy team headed by Professor Abhijit Chakraborty of PRL.

The new exoplanet presents a mass 27 times bigger than the Earth’s and was found orbiting a star similar to our Sun, located at 600 million light-years far from us. Even more, the scientists calculated that the planet completes a full orbit around its star in only about 20 Earth days.

Besides, according to the report made on this discovery, the Neptune-sized planet presents a surface temperature of about 600 degrees Celsius due to the fact that this exoplanet is orbiting very close to its host star.

The Indian team from the PRL employed their “PRL Advance Radial-velocity Abu-sky Search” (PARAS) spectrograph with which they measured the mass of the new exoplanet.

On the other hand, only a few such accurate and powerful spectrographs exist around the world, the majority of which being in the US and Europe.

That’s why the discovery of this super-Neptune planet is of great importance for the Indian astronomers as it is the first exoplanet this country’s scientists have ever identified on their own.

In the end, also in the news is the discovery of three Earth-sized planets, made by Spanish astronomers.