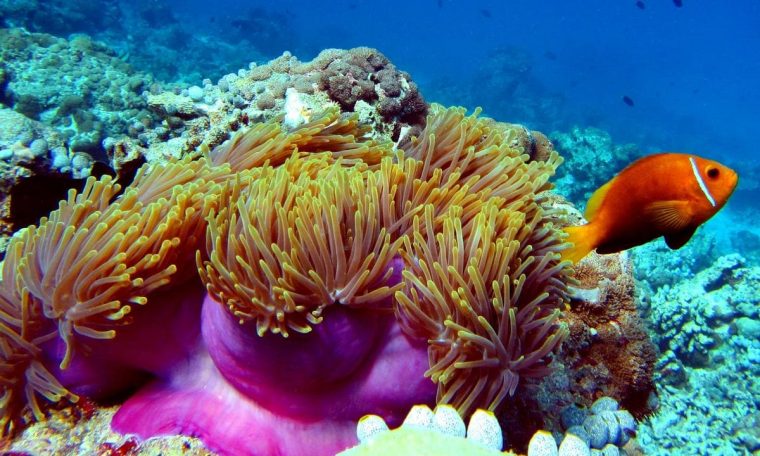 Even though humans can’t hear it, coral reef sound pretty much like rainforests. Or, at least, they sounded like that because a new study on the Great Barrier Reef in Australia showed that coral reef went silent and that’s a very dangerous fact. Degraded by the impact of global warming, a growing part of this ecosystem is losing its life.

Now, that the corals are silent, the larvae that used to follow these sounds to find shelter among the corals, get lost in the open sea and that’s bad for the little creatures and, consequently, for the whole reef as it’s losing some of its symbionts.

The national park on Lizard Island, in the northern portion of the Great Barrier Reef, has been hit by two major cyclones in recent years. Besides, in 2016, it also suffered a massive coral bleaching event, in which a big part of the coral was lost.

In 2012, a group of Australian and British researchers recorded the sound of the corals. Back then, researchers concluded that fish larvae follow these sounds to find shelter in the coral reef.

However, everything had changed when the recordings were done again in 2016.

“The usual clicks, noises, squeaks and chatter of countless fish and invertebrates have disappeared. The symphony of the sea is being silenced,” said Tim Gordon from the University of Exeter. As it has been reported, the corals’ sounds of before the coral bleaching events, which were due to global warming, attracted 40% more larvae than the sounds recorded after the degradation of the Great Barrier Reef.

Other specialists in biodiversity qualify the corals’ silence as a threat. Jeff Leis, a retired former researcher at the National Museum of Australia and an expert in larval ecology, acknowledges that the impoverishment of the soundscape is a problem.

“If a signal such as the sound signal degrades, the larvae may use an alternative track, as has been seen in migratory birds, for example. But there is a limit to the capacity where one signal can replace another,” said Leis pointing out that ocean acidification due to global warming is threatening the Great Barrier Reef as it makes it difficult for the symbiotic larvae to complete their journey towards the coral reef.