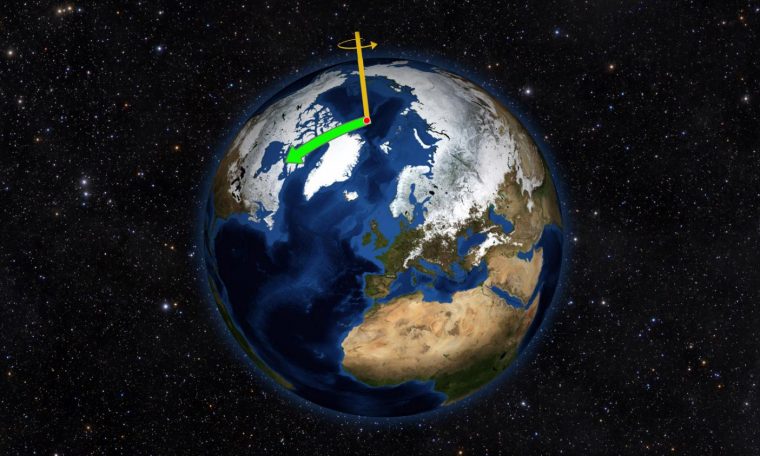 What would happen if the Earth rotation changes its direction? That’s the question that scientists tried to answer through a computer simulation carried out at the Max Plank Institute of Meteorology, in Hamburg.

A green Sahara and deserted Americas

The Sahara desert would be filled with vegetation, while large areas of the American continent would be transformed into deserts, as a result of that investment.

The Intertropical Convergence Zone, where the winds of both hemispheres converge, would move to the south and the double ITCZ of the Pacific would be transformed into a single one, as a result of the asymmetries in the tropical currents circulation.

An Earth rotation directions change would cause toxic waters

There would also be chemical modifications that would cause the water to become rich in phosphate and depleted in nitrates which would favor the prevalence of cyanobacteria on the plankton in the north of the Indian Ocean.

These conclusions are a study recently presented at the General Assembly of the European Association of Geosciences by a group of researchers from the Max Plank Institute of Meteorology in Hamburg and the Department of Meteorology at the University of Reading in the United Kingdom, among other institutions.

Gradual changes in the rotation of our planet are already occurring

In fact, the rotation of the Earth is already slowing down but at a speed still imperceptible to the human being. A study conducted by Rebecca Bendick of the University of Montana and Roger Billan of the University of Colorado establishes a relationship between the speed of rotation and the number of earthquakes.

They found that every 30 years or so, there is an increase in the number of earthquakes.

When comparing trends, they saw that every 25-30 years the rotation of the Earth starts a deceleration process and that happens before the increase in the number of earthquakes is registered.

The deceleration cycle extends for five years and it is during the last year when the largest number of earthquakes occurs.

In conclusion, if the Earth rotation would change, Sahara will become green, Americas will turn into desert, while the waters will develop harmful bacteria and toxins. On the other, hand, as a true fact, the Earth’s speed of rotation is slowing down causing more earthquakes once every 30 years.